Reisz, Corrine. a resident of Hewitt, NJ for 30 years, passed away peacefully on February 21, 2021. She was 69 years old. Beloved wife of Thomas Reisz. Corrine was born in New York to the late Walter and Caroline Tur. She was employed as an executive purchasing agent for Hytorc Industrial Bolting of Mahwah, NJ. Corrine is survived by her loving husband Tommy, her loving son Dylan Reisz, Brother Paul Tur, Sisters Cookie Everett and Lydia Addamo, stepson Thomas Reisz Jr. Corrine was predeceased by her parents and her brother Walter Tur Jr. Private funeral arrangements entrusted to Richards Funeral Home. A celebration of Corrine's life will be held at a later date. In lieu of flowers, donations may be made to the American Cancer Society at www.cancer.org. 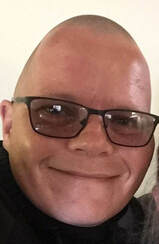 Till, Brian A., 41, ascended into heaven on February 19, 2021. Brian was born in Pompton Plains, was raised in Wayne and resided in Lincoln Park. He was a 1997 graduate of Wayne Hills high school and studied art at County College of Morris. He was a self-employed entrepreneur who sold collectibles, antiques and merchandise. Brian was kind, loving and loyal. His laughter was contagious, and his genuine and friendly persona left a lasting, positive impression on anyone he met. He found joy in the simplest of pleasures and he adored animals, photography, music, camping, connecting with nature and chatting over coffee or delicious food with a good friend. Brian was also a very talented sketch artist and painter who found solace in creating a city skyline or portrait, and he leaves behind many wonderful works of art. He often spoke with cherished appreciation of life‘s beautiful gifts and he was certainly a gift to all who knew him. Beloved son of Mary and Gregory Till of Lincoln Park, dear brother to Charles Till and his sister-in-law Heather, and amazing uncle to his niece Annabel. Brian is also survived by many loving aunts, uncles, cousins and friends. A memorial service is being planned at a later date. In lieu of flowers, the family asks that donations be made to the Montville Animal Shelter in Brian’s honor. Shelter address & phone: 7 Church Lane, Montville. 973-334-6410. Arrangements entrusted to Richards Funeral Home, Riverdale.

McLean, Thomas J., 69, passed away February 19, 2021. Born in Hoboken to Vincent and Ethel McLean, he lived in Fairlawn and Wayne prior to moving to Haskell fifteen years ago. Thomas was a letter carrier for the Dumont Post Office for thirty years prior to retiring. He was an active member of the National Association of Letter Carriers Branch 38, Bergen County. He enjoyed his garden and meeting his friends for coffee daily. Beloved husband of Jean McLean. Loving father of Sharon Banak and Christine Nivelles. Brother of Brian McLean and Patricia Galloway. Grandfather of Bailey, Justin, Kasha, Henry and Ruppert. Also survived by his stepchildren Lisa, Brian and Wayne. Predeceased by his brother James McLean. Visitation at Richards Funeral Home, 4 Newark-Pompton Turnpike Riverdale on Wednesday, February 24 from 3 to 6 PM.

Gaertner, Norman E., 85, of West Milford passed away on Tuesday, February 9, 2021. Born in Jersey City, NJ he was the only son of the late Edward and Elizabeth Gaertner. He grew up in Guttenburg, NJ before moving with his parents to Paterson, NJ. Norm joined the US Marines in 1958 and received an honorable discharge in 1963. He was employed by the Paterson News in Paterson, NJ as a proofreader until they closed in 1969. He went on to work for the ICU Housing Authority of NJ. In September 1970, he married Janice Kravantka and moved to Elmwood Park, NJ where he resided for more than 30 years and was a member of St. Leo’s parish. In 1975, he and Janice celebrated the adoption of their daughter, Denise Gaertner, from Bogota, Colombia. Several years after the death of his wife Janice in 1996, Norm moved to south Jersey where he resided for 5 years before returning to Lodi, NJ in 2007. In 2018, he moved to the Chelsea at Bald Eagle in West Milford where he was residing when he passed. Norm was an avid reader of history, especially of the Titanic, and a diehard Montreal Canadian hockey fan. He loved animals and jazz. His favorite holiday was Christmas. He will be remembered as always being a true gentleman to his many friends at the Chelsea and his family. He is survived by his daughter, Denise Landrum and her husband, Timothy Landrum. In lieu of a funeral service, the family will be sending Mass cards via Richards Funeral Home in West Milford, NJ. Donations may be made to the American Cancer society or a charity of your choice.

Emidio, Donald “Donny”, 53, of Butler, NJ passed away on January 8, 2021. Born in Paterson, NJ to the late Ralph and Connie (DiGiacomo) Emidio. He is predeceased by his sister Amy Emidio. Donny grew up in Bloomingdale and later worked for Frito-Lay for many years. Most recently he was employed by Green Life Market in Butler. He was an avid sports fan and his favorite teams were always the New York Yankees and the Giants. Donny is survived by his only son Jadon Wilhelm. Also surviving are his sisters, Cynthia Emidio and Lori Dombrowski, her husband Joe, one niece and three nephews, Robert Smolen, Devin Sinski, Alyssa Sinski, Dante Emidio and many loving friends. Family and friends are invited to attend a graveside service that will be held at 11AM on Tuesday, February 16, 2021 at Holy Sepulchre Cemetery, 52 Totowa Rd in Totowa, NJ. Contributions can be made in Donald's honor to the American Diabetes Association. Arrangements entrusted to Richards Funeral Home, Riverdale, NJ.
Pizzarusso, Dominic M., "Nicky", 40, of Riverdale, NJ, passed away on February 3, 2021. Born in Englewood, NJ to Dominick Pizzarusso and Josephine Chesarok Brown, Nicky grew up in Pompton Lakes and later settled in Riverdale. He is a graduate of Pompton Lakes High School Class of 1999. He was the very proud business owner of Air TLC, heating and cooling of Riverdale. He was also an avid animal lover. He had three rescue dogs, Jazmine, Boogie,who have predeceased him, and Martini. He is survived by his fiancée Dina Di Giacomo and her daughter Riley, his mother Josephine Brown and step-father William E. Brown, his father Dominick Pizzarusso and Stepmother Sandy Pizzarusso, and one brother William.C. Brown and sister-in-law, Amanda Brown. Visitation will be held on Sunday, February 7, 2021 from 1-4PM at Richards Funeral Home, 4 Newark Pompton Turnpike, Riverdale, NJ 07457. Disposition will be private. In lieu of flowers, please contribute to Eleventh Hour Rescue 861 Route 10 East, Randolph, NJ 07869.

Dominic was an old soul with a presence and a smile that captivated anyone around him. He always put everyone else first and helped everyone he could anyway that he could. His love for dogs was unmatched. His passion for dogs could be seen with his love and care for Boogie and Jazmine and most recently Martini. He loved playing soccer with his stepdaughter Riley and enjoyed teaching her all the skills that he had learned throughout his childhood. He built AIR TLC from nothing and loved the challenge of fixing units that no one else could. He lived so many lives in the short time he was here. He stole the hearts of anyone that knew him. We are all better for having known him and will forever have a piece of our hearts missing without him.

Matulewicz, Shirley, A loving mother, grandmother and great-grandmother, Shirley passed away at the age of 85 at St. Joseph’s hospital in Paterson. Shirley was predeceased by her husband Robert Matulewicz. She’s the Loving mother to Donna Mayoski (Andy); Tracey Owney (Dave); Robin Cline (Robert), William Shappell (Toni), Larry Shappell and Robert Shappell, she was predeceased by her son Thomas Shappell (Tammy). Loving grandmother to 12 grandchildren and 11 great-grandchildren. Loving sister to William Struble, Gary Osborne, Lorretta Struble (deceased), Lorraine Case (deceased) Grant Struble (deceased). Shirley is also survived by many loving nieces and nephews. Shirley was very crafty, could fix just about anything and loved to sew whenever she could. Shirley was a bright light in everyone’s life that she came into. Shirley was filled with love and compassion for everyone she knew. Her beautiful spirit will be missed so much by all who knew her, but missed most of all by her children, grandchildren and great-grandchildren. Services will be held for the family on Wednesday, February 10, 2021. Through these difficult and trying times, we ask those wishing to pay their respects do so virtually by joining the following link at https://zoom.us/j/9636469218?pwd=NE9wYk9ZT3FWRTRPdW15Rk1KNWthdz09 Meeting ID: 963 646 9218 Passcode: GE37Q8. The virtual service will be held on Wednesday from 4 pm to 6 pm. In lieu of flowers, the family asks that donations be made to the Preston Robert Tisch Brain Center, Angels Among Us.
Daffin, George Marvin, 68, of Hewitt, NJ on Wednesday, February 3, 2021. Beloved husband of the late Marie (Knapp) Daffin. Born in Franklin, NJ, he was the son of Roberta (Corter) Daffin and the late George P. Daffin. A lifelong resident of Hewitt, George was employed as an insurance agent for RLM, Inc. of Pompton Lakes, NJ and a member of the Greenwood Baptist Church in Hewitt. Surviving in addition to his mother are two daughters, Kellie Burba and husband, Christopher of Lochsheldrake, NY, and Dawn Auriemmo and husband William of Keansburg, NJ, one brother, Gary Daffin of Hewitt, NJ, two sisters, Joanne Keryger of Kansas City, MO and Renee Keryger of Hewitt, NJ. Nine grandchildren and 3 great grandchildren also survive. All private services are entrusted the Richards Funeral Home, 1440 Union Valley Road, West Milford, NJ 07480.